Thought it might be nice to have this as a seperate stand-alone post but admin feel free to boot into the sticky if feel it should belong there!

Please be aware that these designs have been sent off to Network rail and The powers that be in Lewisham Council (as the wall lies in a “conservation area”. Therefore, no voting will be able to take place until these designs have been giving the all clear or in the unfortunate circumstance any are not, giving the designer/s opportunity to retweak as they see fit or not.There will also be a 5th option of keeping the wall as it is. Should this be most popular (or a voted design not raising enough money), as previously mentioned the spec inc budget, type of design and location will be looked at for changing to make this project a reality.

Ps: The abstract design, based on shapes found all around SE26, we hope to transpose onto the wall for parity between the designs. In addition please remember any winning designer will be required to produce two colour schemes to choose from.

Huge thanks to all the designers who have put the thought and time into submitting for the project. 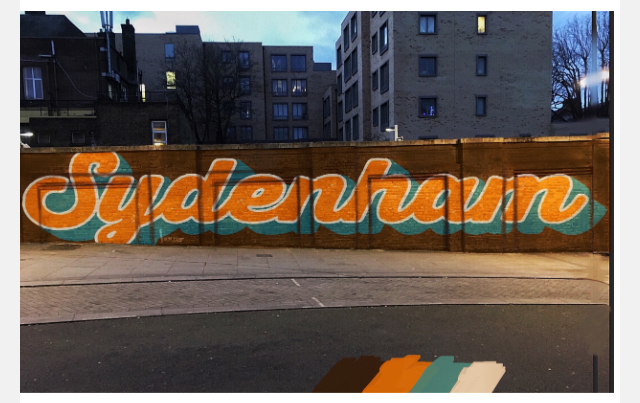 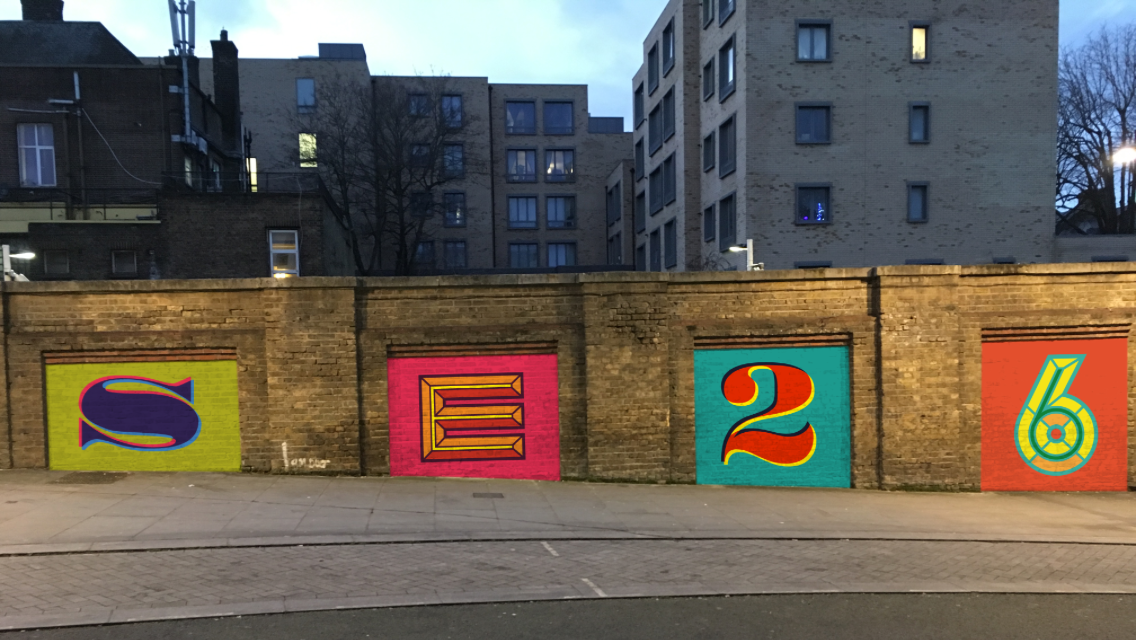 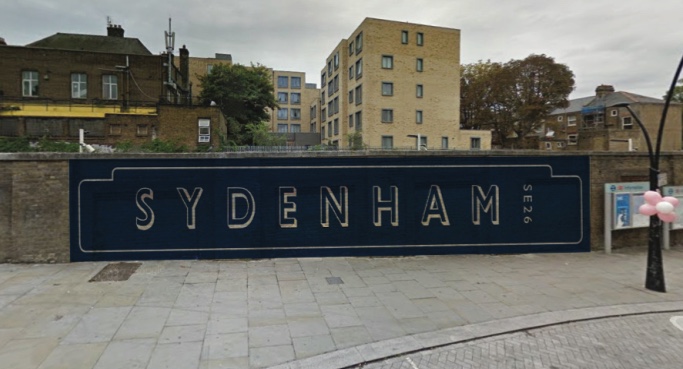 My idea of a mural would be the abstract one, except it's not panelised, but could be especially if "SE26" was vertical on one or more of the dividing brick columns.
Well, you did say tweaks were allowed

(By comparison, typography only doesn't really convey anything that people don't already know, i.e. people hopefully know they are in or have arrived at Sydenham.)
Top

For what it's worth, I love the fourth one, the black and gold - think it'd look great. I can see from the pinned thread you've had a setback, but don't let it deter you or get you down. You've achieved so much already - good luck to you, JMLF.
Top

Rather than just complain about what i don’t want I guess I’d say the 4th one would be preferable - it looks like sign writing rather than graffiti and conjures Betjeman rather than the Bronx .

Fair play to those that like it but this thread feels to me a bit “ which eyesore do you fancy? “ .

I don't think the mural should be designed in order to tell people where they are so much as to convey a message about the sort of place Sydenham aspires to be. To me the fourth design is saying 'Sydenham is basically a prosperous middle-class hamlet, dating back to Saxon times, where you can walk the streets in safety'. The others are, in varying degrees, punk/alternative, and convey the message 'Sydenham aspires to be the Friedrichshain [in Berlin - I was there yesterday, as it happens] of south London. Yes, that is cannabis you can smell.'
Top

First or Fourth would be my preference. And of those two, the fourth as a first choice
Top

Why do those who choose No 4 do so?
(I think it's hard to judge when the paste-ups are not WYSIWYG.)

I'm missing why a black wall (presumably boarded over or have crumpled lettering) is thought desirable, attractive, inspiring or thought provoking, intriguing, or even worth a second look? Bearing in mind that a few decades have been spent in cleaning black soot and smog grime off London buildings, why put black on again? What is the appeal?

Also design No 4 is not to scale as the wall grows by about 3-4 ft, so isn't the neat symmetrical oblong that the photo appears to show, i.e. there'll be a big black "dead" elongated triangle at the base if the lettering remains horizontal. (it'd be odd if it didn't or if gradated from small "S" to big "M".

The 2nd (abstract) and 3rd (SE26) options both acknowledge the slope and increasing wall height and the 3rd SE26 does it rather cleverly IMO.
---
Pally asked what is so special about the wall as it is. Hopefully someone will know.
I see it as typical Victorian railway style. Not quite arches, but close with the stepped border and red (burnt orange) highlight which I imagine is from the London Brick Co and which style used to be seen on front garden "balcony" style retaining walls etc, i.e. ochre with red brick capping, which has been copied in modern buildings near Sydenham Station. By comparison, walls in these "cheap is best" days are often flush and featureless, which three of the designs seem to be aiming for.
Top

Good to hear from you mosy. The manipulation of the photos to make the images 'work' on that wall concerned me, and I raised them at the planning meetings. At least one artist intends the wall to be boarded to create a flat surface, but none of them address the way the images are misleading in the way they project the design onto the tapering wall.

I agree with you about the Victorian civic values promoted by the wall design. The railway company had pride in its corporate image. It also said, we have pride in Sydenham, is an important place, and deserves quality. It represents confidence in the future, and investing in the infrastructure. A plain wall would have done the job, but they thought we deserved better. Sorry for waxing lyrical, but it would be good if people actually had a proper look, and see whether they still see no value in it.
Top

JRW wrote:Planning meetings. At least one artist intends the wall to be boarded to create a flat surface, but none of them address the way the images are misleading in the way they project the design onto the tapering wall.

In fairness no 1 gives a fairly good idea for how it will work and at such a scale would work with the angles and detail in the wall with minimal distortion. No 3 works on the flat panels recesses of the walls and takes into account the deeper panels and the slope of the road. I know who did no3 (it wasn't me) and I know the colours are a lot brighter than intended when viewed online.
Top

It is much more accurate than no 4, which is hopelessly inaccurate, but they are all based on a photo which, given the situation has to be a wide angle image, and seems to distort the actual slope. I'd want to see one projected onto an accurate elevation of the wall, which already exist at Planning and the rail companies.
Top

As initial designs, no1 and 3 give a fairly good indication as to how they would work, even on a distorted wall.

Of course, they will be adapted onto the drawings later but this wasn't part of the brief to the artists and designers and not available as I understand.

No1 could absorb the details in the wall and no3 already is designed to sit in the flat panels, so when put on the drawings would only change slightly. No4, unless on flat boards and obscuring the wall, would have some issues with the details and recesses in the wall which has already brought up, but appears to have been overlooked.

Overall, the photo gives you a better idea of what it would look like than a flat drawing for initial designs, then you adapt it to work on the technical drawings and adapt for distortion.
Top
Post Reply
12 posts • Page 1 of 1