There was also an entrance in Queenswood Road - possibly a 3rd entrance in the northwest, too.

Some guys over in the Facebook page are wondering if there's any pics of this around - particularly the swimming pool? I couldn't find any aerial photos as they don't seem to cover this area... is anyone else able to help please?

Could this be the swimming pool - or is this at Forest Hill boy school?

Here are a couple of photos of the Forest Hill Lawn Tennis and Swimming Club in Perry Rise(incidentally,the Getty archive photo IS the club) which was behind Queenswood Rd./ the houses at the top of Perry Rise/the Prince of Wales Pub/Shaw's Cottages. Paxton Rd. was built on the site in the 1990's.
The club was opened in 1921 and closed in the late 1980's/early 90's.The black & white photo and text is from the 1954 Lewisham Borough Guide Book. The colour photo shows friend Marjorie Marshall,still going strong now in her 90's(and the subject of an article in a forthcoming Sydenham Society Newsletter), at the club in the early 1980's.
Another friend, Peter,who lives in Shaws Cottages remembers climbing over his back garden fence with friends on Summer nights in the 60's after the club had closed and having a free swim in the pool.He also recalls local bands(pop groups) playing hits of the day in the clubhouse in the 60's and hearing the sounds of the people enjoying themselves from his bedroom in those far off Summers., 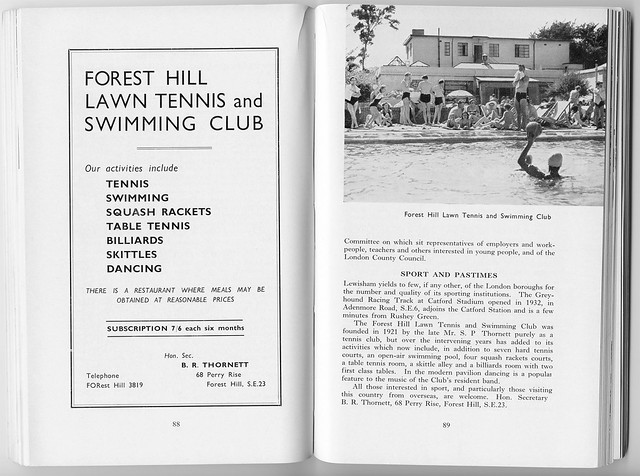 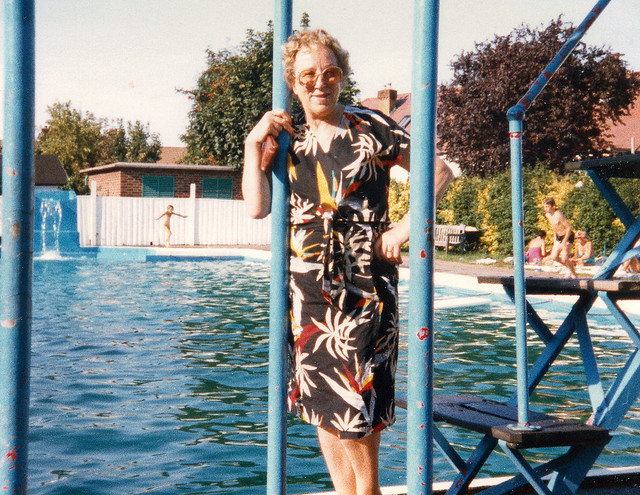